To share your memory on the wall of John Howard, sign in using one of the following options:

Provide comfort for the family of John Howard with a meaningful gesture of sympathy.

To send flowers to the family or plant a tree in memory of John R Howard, please visit our Heartfelt Sympathies Store.

Receive notifications about information and event scheduling for John

There are no events scheduled. You can still show your support by sending flowers directly to the family, or planting a memorial tree in memory of John R Howard.
Visit the Heartfelt Sympathies Store

We encourage you to share your most beloved memories of John here, so that the family and other loved ones can always see it. You can upload cherished photographs, or share your favorite stories, and can even comment on those shared by others.

Guaranteed hand delivery by a local florist
WO

Will and Joann Bohrer of Hillsboro, OH

Posted Jan 30, 2019 at 12:00am
The man that I was suppose to grow old with in rocking chairs on the porch. Loving and caring man who is in a better place now.
Comment Share
Share via:
BO

Posted Jan 29, 2019 at 12:00am
My thoughts and prayers are with you all during this most difficult time..may The good Lord provide peace.
Comment Share
Share via: 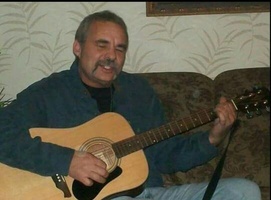