To share your memory on the wall of Paul Alexander, sign in using one of the following options:

Provide comfort for the family of Paul Alexander with a meaningful gesture of sympathy.

To send flowers to the family or plant a tree in memory of Paul T Alexander, please visit our Heartfelt Sympathies Store.

Receive notifications about information and event scheduling for Paul

There are no events scheduled. You can still show your support by sending flowers directly to the family, or planting a memorial tree in memory of Paul T Alexander.
Visit the Heartfelt Sympathies Store

We encourage you to share your most beloved memories of Paul here, so that the family and other loved ones can always see it. You can upload cherished photographs, or share your favorite stories, and can even comment on those shared by others.

Posted Feb 01, 2019 at 12:00am
My deepest sympathy for your loss. What seems to be a long life is never long enough where our loved ones are concerned. Our Heavenly Father feels the same way. That is why He has promised to swallow up death forever and soon end all our suffering. (Rev.21:3-5; Isa. 25:8) May His promises comfort your grieving hearts.
Comment Share
Share via:
RT

Posted Jan 31, 2019 at 12:00am
My Condolences to the Family. Paul was a very good guy. I always liked him his wife, and family. Good people. You're All in my Thoughts & Prayers!
Comment Share
Share via:
TH

Posted Jan 31, 2019 at 12:00am
I'm sorry for your loss. May the God of all comfort be with you during this difficult time. You have my condolences.
Comment Share
Share via:
JP 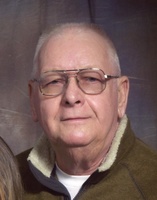