To share your memory on the wall of Verl Butler, sign in using one of the following options:

Provide comfort for the family of Verl Butler with a meaningful gesture of sympathy.

To send flowers to the family or plant a tree in memory of Verl Dean Butler Sr., please visit our Heartfelt Sympathies Store.

Receive notifications about information and event scheduling for Verl

Provide comfort for the family with a meaningful gesture of sympathy.

We encourage you to share your most beloved memories of Verl here, so that the family and other loved ones can always see it. You can upload cherished photographs, or share your favorite stories, and can even comment on those shared by others.

Posted Feb 23, 2019 at 12:00am
We was very saddened to hear of Verl's passing. Sending thoughts and prayers to the friends and family
Comment Share
Share via:
M

Posted Feb 04, 2019 at 12:00am
It was a pleasure having Verl With us in his last few years. He was sure a strong one. Definitely talked about his past and his family. My thoughts and prayers are with you all.
Comment Share
Share via:
AB

Posted Jan 30, 2019 at 12:00am
Uncle Verl was the center to many of my childhood memories. Many a weekend would find our clan on the river at Brush Creek enjoying his boat, sking, swimming and camping. I was proud of him and my other family members being volunteer fire fighters. I followed in his footsteps by joining the Army. I hope he realized how happy he made his nieces and nephews while we were growing up. I loved him and will greatly miss him.
Comment Share
Share via:
SP

Posted Jan 30, 2019 at 12:00am
Sorry to hear of Veryl's passing. Worked with him at Hobart for many years. Our thoughts and prayers for the family. Shirley& Steve Pelton
Comment Share
Share via: 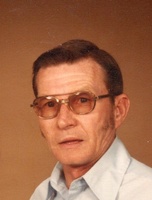